This post is written in honor of my grandparents and all of the Greeks who gave their lives and survived during WWII. OXI Day is October 28th and it commemorates the day the Greeks said, no, and took Greece back. 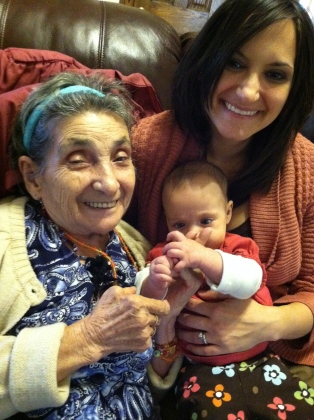 While we usually think about the Nazis terrorizing the Jewish people, we also have to remember that they went after other races and even other Christian denominations. Since Greece is next to Italy, Germany’s enemy, the Germans occupied Greece during WWII.

Both of my grandparents experienced family members being killed during the war. My yiayia, grandmother, and her siblings were orphaned because the Nazis killed her father along with several other men from the village. Then her mother died of a broken heart. My papou, grandfather, had a brother killed during the war as well. END_OF_DOCUMENT_TOKEN_TO_BE_REPLACED